Murder in Black and White is the next to last Anchor-Hocking episode. It's a bit complicated, but it is an above average and enjoyable episode. It's likely that Cole used a well-known local landmark as the inspiration for the locale of the story. The episode has an extra long epilogue, leaving no time for any flirty dialogue.

On an early Spring morning we find Casey and Ann in a wooded glen of a vast city park, where only a few hours earlier, Tug Loftis, a local pug, had been shot to death. A book of matches from the Briarwald Casino, a disreputable roadhouse, is their only clue. About a year before, the Casino reported a robbery of a large amount of money, but when the police arrived the owners, Jake Salwin and his cousin Lew, denied it. Later Casey obtained a picture of a man with a gun leaning over the still body of Loftis and discovers that the man is a blackmailer by the name of Max Treedy. Casey and Ann go to Treedy's apartment and find him dead and the place in disorder, Again, their only clue is a book if matches from the Briarwald Casino. They go to the Casino and learn that Lew Salwin had stolen the money and that Max Treedy had been blackmailing him for a year. Becoming tired of paying Treedy, Lew decides to frame him by killing Loftis. The story comes to a thrilling climax with Casey capturing the killer and so putting an end to another life of crime.


"Pug" is slang for boxer. It's derived from Latin, pugna, meaning a fight, or battle. It's the reason why boxers are known as "pugilists." The word "pugnacious" is another that comes from it.

4:12 Ethelbert asks Walter to prepare a drink for Mr. Snodgrass, "one of his specials," with a little piece of pineapple in it. No answer from Walter. Snodgrass is obviously a regular customer, but this is the first recording we have that mentions him. There's a good chance the drink is a "Park Avenue Cocktail," a version of gin martini.

5:33 Casey gets a call at the bar from Bill Shapiro, "Shap," who was a main character in 1948-01-29 The Piggy Bank Robbery of just a few weeks prior. There's someone with a tip for Casey waiting back at the office.

6:15 Mrs. McCluskey has a tip for Casey that describes what she says "evidence of a murder... in black and white," but she wants to be paid for it. She asks for $100 ($1200 in 2020 dollars), and Casey gives it. There's a picture sent to her address, and it shows the body of Loftis and his killer. That is, presumed killer...

9:00 The letter arrived at McCluskey's house in the "morning mail." The Post Office did have twice-daily mail delivery in many cities until April 17, 1950; some businesses had delivery four times a day!

9:30 Casey and Ann figure out that the handwriting on the envelope was misread because of the peculiar way the numbers are written. Once they looked up Max Treedy's name in the phone book, the address made sense. They later find him murdered in his apartment.

15:25 Casey finds another matchbook from the Casino. The kitchenette in Treedy's apartment is set up like a darkroom, which is where he developed the films used in his blackmail scheme. Casey takes a pen from the apartment... that pen is important.

19:30 Casey sees a note in Lew's office that is the same style of handwriting on the envelope that was mis-delivered. It turns out that the pen was hallow and had a film negative that showed Lew committing the robbery. Treedy was using that image to blackmail Lew.

21:30 Jake comes into the office having overheard Lew's explanation to Casey about how he stole the money ($50,000, which is $600,000 in 2020 US dollars). Jake shoots Lew... but he wasn't dead... and Lew shoots and kills Jake! Casey now knows what really happened, and that the photo of the murder... was not what really happened, but was staged!

24:55 The epilogue at the Blue Note clears up a lot of details. Lew died, but he offered details in a deathbed confession. Treedy was a bartender at the Briarwald, and learned Lew was stealing from Jake. Lew learned that Treedy was skimming from the cash register and told Jake. Jake beat up Treedy, so Treedy was upset that Lew ratted on him. That's when Treedy got a picture of Lew taking money from the safe so he could blackmail him for big money. That got Lew angry, so he figured a plot to get back at Treedy.

Lew set up a meeting in the park to pay the blackmail. But Lew met Pug in the park first, and killed him. Treedy arrived at the park, and not expecting to see Pug, especially his dead body, he stands over him and pulls his gun in case the shooter is still around. Lew got his own blackmail picture: he hid himself with a camera and snapped a picture of Treedy, gun in hand, standing over Pug's body. Lew took the picture using a black light bulb designed for night photography; this mean that there was no flash that would reveal his presence at the scene. Lew went to develop the picture and mailed it to Treedy, but his odd handwriting of numbers caused it to go to the wrong address. His plan was to exchange the blackmail pictures they each had, therefore ending his blackmail payments because each had something incriminating on the other. Since Treedy had never received the print, Lew became concerned that he would still be blackmailed, so he tried to beat Treedy into giving up the picture, but Treedy resisted, and ended up dead. Had Treedy lived, and been arrested for the murder of Pug which he did not commit, he may have told the whole story of Lew's dealings to the police. But Casey found the picture hidden in the pen... and despite the danger of confronting Lew and then Jake and Lew shooting each other, the case (and its three murders) is explained.

26:34 Cotsworth clears his throat! That was a lot of dialogue for the Blue Note re-cap.

27:07 Treedy was a bartender... so Ethelbert is so upset about his behavior demeaning the profession that he wants to report "that guy to our local and have him thrown out of our union!"... Casey and Ann have to remind him that he's dead.

As the A-H sponsorship expired, the number and nature of newspaper mentions decreased. They will never be the same again with the change in sponsorship, budgets, and the shift of dollars to television.

It is likely that "Briarwald Casino" is Parkway Casino of Tuckahoe, NY, which Cole would have known quite well. The building is still there but is now an office building with several apartments. It can be seen from the Bronx River Parkway, a road which Cole would travel often when he lived in Mount Vernon and later in Scarsdale. The Casino had a history, with a reputation as FDR's favorite watering hole when he was in New York politics, serving as governor. He gave a presidential campaign speech there in 1932. The Casino was also known for the card games that were there, and it is claimed that bootlegger and mobster Dutch Schultz was a regular customer. Parkway Casino would later be used for small exhibitions, family and business parties. It had a thriving wedding business at one time. For a while, the restaurant in the building was "Borderwick's" which Cole contrived into "Briarwald." 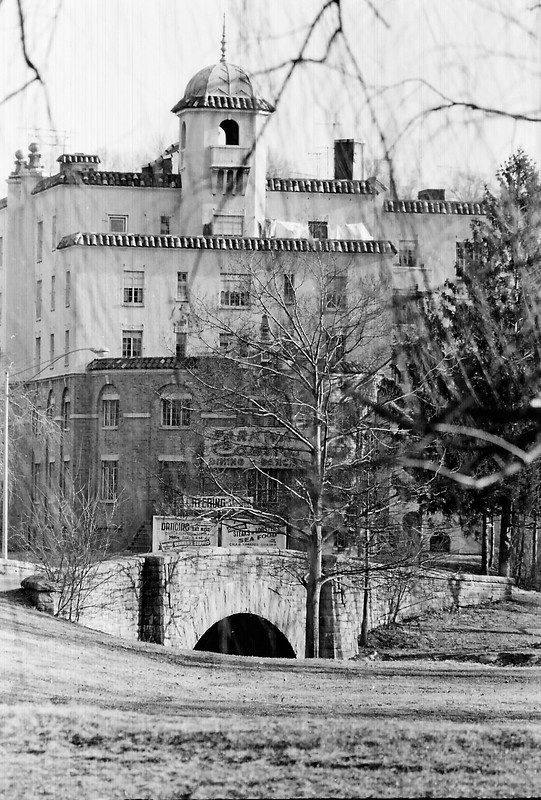 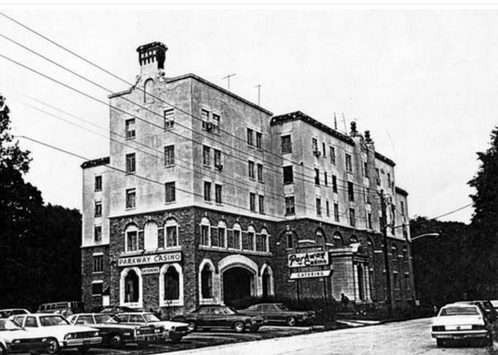 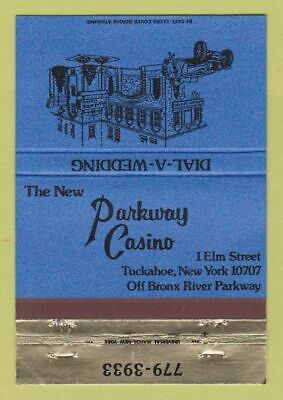 The sign for Borderwick's can be seen in this picture. 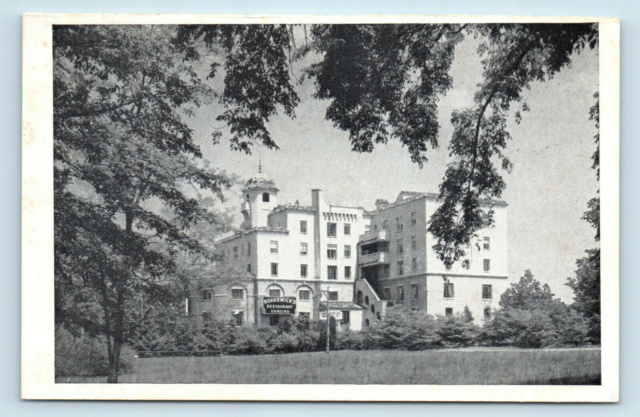