Piggy Bank Robbery is a very good and entertaining episode. Cole seems to run out of time for the story and there is no final confrontation with the perpetrator. He uses the epilogue at the Blue Note to tie up a greater number of loose ends than usual.

Bill Shapiro, a cub photographer and an avid mystery fan, wakes up one night to find the his[sic] small apartment in shambles. His little son's piggy bank is missing. The stolen bank contained a flat pass key and Bill thinks the prowler was in search of this key. Shortly thereafter, Bill is murdered and his wife terribly beaten by two men who forced their way into the apartment and demanded the key. Casey goes to work on the case unravels a knotted skein of underworld intrigue and in the process makes strange acquaintances which provides thrilling and dangerous adventures.


At the open of the show, Ethelbert talks about how the head of CBS (likely Bill Paley) said that radios would become so small they could be the size of a wrist watch. I searched for a reference to a speech or interview and could not find one. Transistors were just starting their post-war commercialization, and there were still many more technological advances to come. Pictures were being sent over phone lines since the mid-1930s https://blog.newspapers.com/forgotten-technology-that-changed-news-forever/

2:15 Bill Shapiro works at the Morning Express. He's a cub photographer and referred to as "cubby." He reports a strange robbery of his 16-month old's piggy bank, despite items of greater worth that were easily available. He thinks someone hid a key in a piggy bank before they purchased it as a replacement that was accidentally broken. The key was hidden when the bank was still displayed at a store. Bill had since taken the key out, not knowing why it was there. The burglary made him suspicious, and he gives the key to Casey because he thinks there's a story behind it.

6:00 Casey is assigned to get the story about Manny Armstrong, counterfeiter, who was found murdered. Casey remembers him going to prison about 10 years ago. We learn at 8:00 that Armstrong was tortured, and a mark on his body was from a large signet ring with the letter "E." Signet rings were popular then, much less so today. The ring often had a coat of arms, and in this case has a person's initials.

6:52 Ethelbert asks Walter to bring up a bottle of sweet vermouth, and Casey yells out for him to bring up more lemons, which Ethelbert does not need. No verbal response from Walter. So after chatting, Ethelbert says “and take back them lemons,” causing the audience to start chuckling. 9:40 Ethelbert yells to Walter about where the coffee for Casey and Ann is... no answer.

10:10 Casey learns that Bill Shapiro has been severely beaten, as has his wife. Bill is being brought to the hospital. Casey is assigned to the incident.

12:08 Logan says Bill will be okay, and that his wife is in the hospital, and she will be fine. The baby was not touched. Bill's injuries are nearly the same as Armstrong's! 14:05 Casey remembers the key that Bill gave him.

15:20 Casey figures out that the stamped information in the key, Ludwig Marius and the numbers 12138 may have some meaning. The only Marius in the phone book is Edward Marius, a dentist. Could the "E" on the ring refer to him?

18:45 Casey re-caps what he knows to Logan, and at 20:20 they arrive to see the dentist, Edward Marius. He is small in stature, and not capable of delivering the beatings with the signet rings. Ludwig Marius was his father, and was a clergyman. The father died on January 21, 1938, 1-21-38! Casey figures out that the counterfeiting plates may have been buried with Ludwig Marius' body. The body was buried the day Armstrong went to prison, and the information on the key referred to the location of the grave.

There was no confrontation with the man with the signet ring, the story ends at the graveyard before it goes to commercial. We have to rely on the Blue Note epilogue to find out what happened.

25:12 Casey is in bad shape back at the Blue Note -- it must have been quite a fight because, as Ethelbert describes "all those Es" on Casey's face. The counterfeiting plates were in the coffin. Armstrong visited the wake at the Marius home and hid the plates when no one could see him. Because Armstrong's memory was fading when he was in prison, he made the key in the prison shop to record the information in a manner no one would suspect. He gave it to his lawyer for safekeeping. The man with the signet ring was Ellis Eno, a fellow inmate. Eno was released from prison earlier, and tailed Armstrong once he was released. After Armstrong picked up the key, he murdered him. We also learn that Bill Shapiro will be okay, and will be getting the reward money.

27:25 The phone rings and suspecting it's Burke with another assignment, Casey and Ann rush out the door. Ethelbert answers and tells Burke "No sir, they have went." All Burke wanted to say was that their pictures were in February 1948 edition of Movie Star Parade magazine.

This is the cover of the issue. The Casey feature starts on page 66. I can find no copies of the magazine online and would appreciate scans of the pages if anyone has access to the issue. 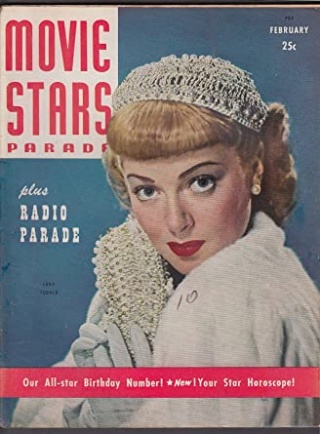 The press release says that Bill Shapiro is shot in the story, but he is beaten. The press release is consistent with the notes that ADC had. It makes me wonder if the plot details changed closer to broadcast time. Perhaps the original story was that he was shot and his widow received the reward money. Having a young father murdered and leaving an infant and young widow may have been considered too violent for the broadcast. His being beaten also helps underscore the importance of the signet ring, while a shooting does not.