Hot New Year's Party has nothing to do with a joyous party and everything to do with covering a warehouse fire in the wee hours of 1948. It's a good and entertaining episode.

Casey and Ann begin the New Year by covering a warehouse fire. Three men are seen leaving the building just before the fire breaks out and arson is suspected. When the fire is put out, Casey discovers the body of a murdered man. Later in the day, Casey and Ann are assigned to investigate the disappearance of Prof. Wendell, a noted authority on ancient languages who has an avid interest in crime detection. The description of Prof. Wendell tallies exactly with that of one of the men seen leaving the burning warehouse. Casey becomes convinced that the scholarly amateur criminologist discovered the arsonists at work and was kidnapped by them. Before Casey can go into action, the arsonists learn of his interest in their affairs and he finds himself in one of the tightest spots of his career.


Three men are seen leaving a burning warehouse in which the watchman was killed. Casey believes one of them was a missing professor who likes to nose around in the slum districts as a hobby and proves his theory by contacting a mobster whose daughter he has saved from drowning. The professor is rescued, but the mobster is killed in the fight which ensues.


At the open of the show, it is mentioned that 1948 is a leap year and there's an extra Thursday for another Casey show sponsored by Anchor-Hocking. It didn't work out that way, since the company did not renew the contract and would be off the air by the end of March, just 84 days away. It is likely the cast knew by this time that the renewal of the sponsorship was in trouble. The final decision was made in the beginning of March, and for a while it looked like Casey would be cancelled.

Chittison is back, but it mentions that he slept at the Blue Note because of the snow on New Year's Eve. New York City had a major snow storm a few days before, and the storm became written into the episode's opening. 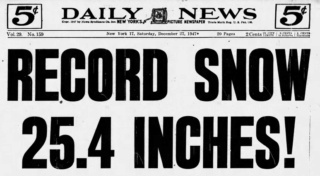 1:58 Walter speaks! Ethelbert asks for two more bottles of aspirin. He gets to say three words!

2:27 Casey and Ann ask for strong black coffee and aspirin. Ethelbert explains why: "like good sensible folks, you left the party early, just before daylight. Then you got all of an hours' sleep..." Casey corrects him that he and Ann were at a warehouse fire. Walter delivers the coffee... no dialogue for him.

6:35 Casey and Ann visit Prof. Gerber about Prof. Wendell's disappearance. Wendell had told Gerber that he was going to a section of town known for its criminal activity. Wendell was very interested in crime stories and desires to be a criminologist. Casey and Ann realize Wendell's description matches an eyewitness account of the men who ran from the fire.

9:50 Jake Schultz is believed to be responsible for the warehouse fire and the possible kidnapping of Prof. Wendell. Casey asks to go about the investigation on his own so he can protect one of his informants in Schultz' gang from police identification. He has a hunch about how to locate where Prof. Wendell is being held by going to Nick Morrow's tavern to see his informant. Schultz owns the tavern.

13:53 Casey is at the bar, and says he is waiting for Red Monahan, one of Schultz' henchmen. Casey asks a favor; he can do so because he pulled his daughter out of a possible drowning incident. The favor he asks is where Prof. Wendell is; Casey guilts him into telling him. Before Casey can leave to act on the information, Schultz walks in from a back room, and he's heard what Monahan told Casey.

17:15 A fight breaks out, comic book style with self-narrated fisticuffs, but Casey and Red get knocked out. Schultz' men drive them away from the tavern and drop them in a ditch near the road. Schultz orders one of his men to shoot them. Instead, Schultz makes one shot himself and hits Monahan. He can't get a second shot for Casey off because he sees police coming, and flees the scene. We learn later that Monahan was not killed.

20:45 The police went to the farm house that Red said Wendell was being held. They found his belt, and it had strange markings on it. Casey believes that Wendell was trying to leave a message that would not be understood by the kidnappers, but possibly be understood by others, written in an ancient language. Casey wants to go to Wendell's friend, Prof. Gerber, to help decipher the message.

23:20 Prof. Gerber carefully wraps the belt around his arm as ancient Greeks did with theirs, and the markings then lined up into Greek letters. Casey realizes that the note indicates Wendell is being taken to "Diana's house" and he makes the connection that Schultz' girlfriend is Diana McGillicuddy! They go to her house and surround it... and they rescue Prof. Wendell... Casey wants to take a picture of the rescued Wendell, but Schultz' thugs are suddenly concerned with their hostage's modesty: they say he can't be photographed because he lost his belt and his lost his pants!

26:47 During the Blue Note epilogue Ethelbert laughably mentions the pictures of Wendell wrapped in a blanket were quite different than Casey's usual pictures.

In the episode, it's mentioned that Ann can recognize Greek letters because she went to college.

Wendell's kidnapping is the core of the story, and even in his rescue, there is not a single word of dialogue uttered by him in the episode.