Source of Information is the second of the revival series and uses Casey's soft spot in his heart for long-serving newspaper veterans, especially if they're hard on their luck. In this case, it's old journalist Grove who has borrowed money from Casey many, many times in the past. Casey's tired of his generosity and respect for the paper's old-timers being taken for granted. Grove's notes for his expose of generations-long corruption in the city government are stolen, and Grove is murdered. Casey springs into action. It's an entertaining listen with an unlikely ending, a less than average episode.

This is the final circulating episode of the series; the 60 broadcasts that followed are likely to never be found.

There are no continuity notes or newspaper clippings for this episode.

1:00 Grove Snyder comes into the photo department and starts a conversation with Casey, who's not really happy to see him. Grove owes him about $200 ($1,950 in 2020 dollars). Grove's been writing a memoir of his decades as a journalist. He's been talking about this work as long as people at the Morning Express have known him, but has never shown anything of it to them. Now that his career is coming to a close, he's been working more feverishly at it. He's finished half of his memoirs, but the document was stolen and his apartment ransacked. Even though his journalistic ethics about not revealing his sources are solid, it is likely the document was stolen because someone feared their identity would be revealed.

3:12 Key line about the corruption on which the solution rests: "Sons even sold out their own fathers and mothers."

4:40 Casey gives Grove $5 ($48 in 2020 US dollars) and a lead on some freelance work. Grove is so depressed that he says nothing of value was ever stolen from him.

5:40 Ann and Ethelbert reinforce the idea that Casey was a sap for Grove, and that his reputation was sullied by his alcoholism. They don't really believe that there are memoirs.

7:30 Logan calls the Blue Note: Grove was shot and killed.

9:10 Grove's apartment is on 90th Street, another street name that indicates New York as Boston does not use street numbers in the way Manhattan did.

11:40 The police find a torn paper with the words "ulty case has been broken" in a hiding place in the floorboards. Grove was hiding his manuscript there. They also find a loaded die for playing a crooked game of craps. Logan remembers it's a trademark of a hitman named "Hialeah Sam" who always has loaded dice with him.

14:08 Logan gets a call in the middle of the night that Hialeah Sam was found "shot in the back and tossed out of a car," and the other loaded die was in his pocket.

16:15 Casey forms his theory of the case. Why was Hialeah Sam killed? He was hired to kill Grove and get the manuscript. Because Grove was out of the apartment at the time, Sam started to read the manuscript and realized the purpose of the hit of Grover. Sam likely tried to blackmail the person who hired him. With Sam dead, how could Casey and Ann figure out who arranged the hit on Grover? Casey has an idea that the secret is in the reporting that Grove did early in his career, which sends them into the newspaper morgue to read Morning Express submissions that cover the era 1915 to 1935.

17:28 There's a great line for Ethelbert here as Casey and Ann head off, that the years they'll be investigating were "the good old days." He suddenly realizes those included the years of Prohibition!

18:00 Casey finds the story of a gang war over bootlegging and a killing similar to the St. Valentine's Day Massacre. The line on the paper scrap "ulty case" referred to the "McNulty case" and the "McNulty Massacre." The event sent John Keston to jail where he died. The phrase Grove uttered about sons selling out their fathers, leads Casey to remembering that Keston had a son.

20:52 Casey visits Keston's son, now a very wealthy adult in his early 50s. He inherited millions from his father. He confronts him about the killing of Grove and the hiring of Hialeah Sam. Casey tells him that Grove kept a carbon copy of the manuscript (it's a ruse... and it works).

23:59 There's a gun in the room: "Is that the gun you used on Hialeah Sam?" Suddenly, gangster Ziggy Friedlander, a contemporary of Keston's father and recently released from prison, enters the room. He's seeking revenge for an old grudge from the Prohibition days.

25:23 Friedlander kills Keston, but spares Casey because he's respected by the criminals because he plays by the rules. Friedlander surrenders to Casey, willing to go back to prison because of his old age and that he does not have many more years to live.

Grover never used carbon paper out of his habit developed from being in a high-pressure newspaper environment. They always pressed against deadlines for the upcoming edition. Reporters typed their stories and were immediately passed to a copy editor for markup and then sent into production to typesetting. Carbon paper is still manufactured but has mainly disappeared and is limited to small specialty applications. The history of it is at https://en.wikipedia.org/wiki/Carbon_paper

The constant talk about a memoir that might not exist reminded me a little of the Stanley Tucci film Joe Gould's Secret. https://en.wikipedia.org/wiki/Joe_Gould%27s_Secret_(film) It turns out that Grover did have manuscript, where Gould just kept leading people on and we never know for certain if there was a workable manuscript or not or just a compilation of lunatic ravings. 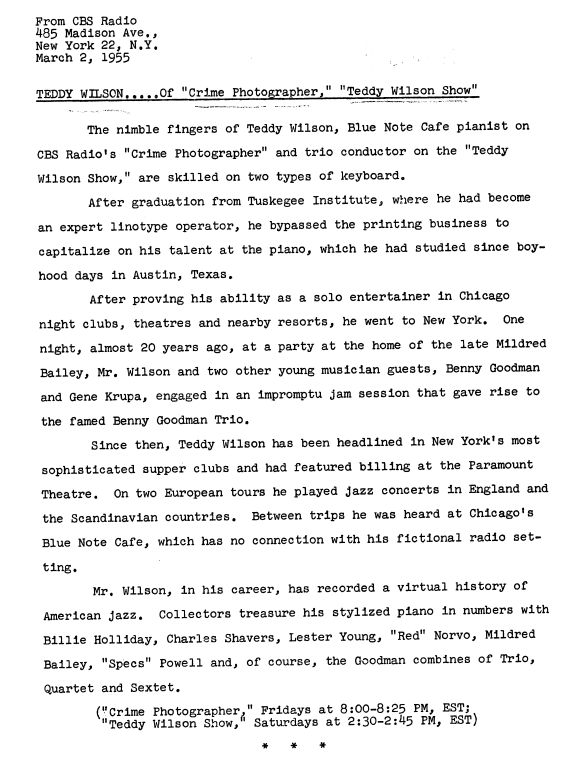