This is an interesting side story about a Toni-era program that is missing. It's You are the Killer broadcast on March 3, 1949. It's the only Casey that I have found that is drawn from a real life news story.

These are the ADC continuity notes for the episode: 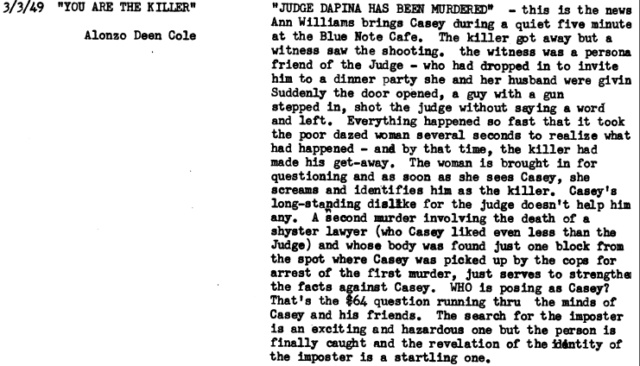 This is the CBS press release: 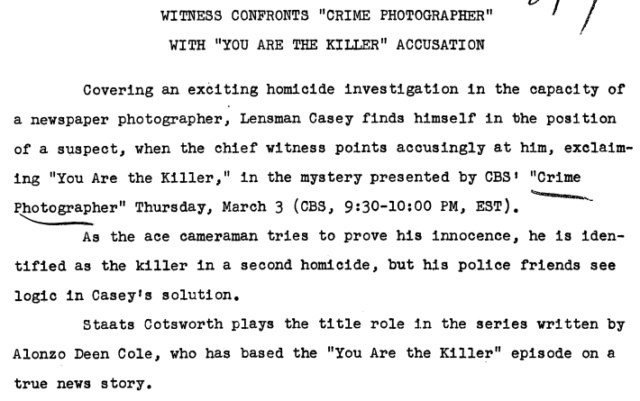 These are clips for the episode: 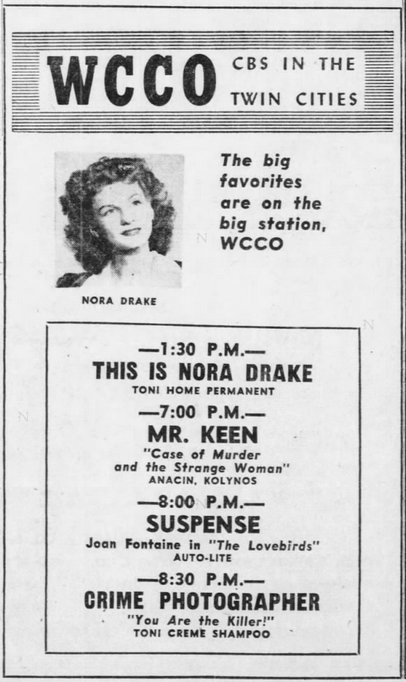 This was one of those situations where I stumbled on the entire story by accident. I've even forgotten the specifics of what I was originally searching for!

This is the clip that sent me exploring... the photographer mentioned is Pat Candido of the New York Daily News. 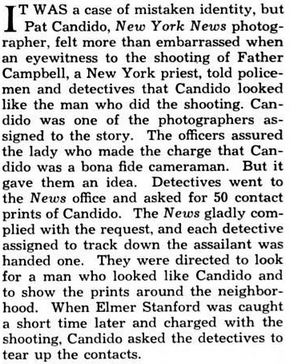 This is the news story behind it. A crazed man shoots a priest hearing confessions. The priest is shot in the leg and survives. Cole changes the story to a judge and makes some other adjustments.

This is some of the original NYDN coverage. 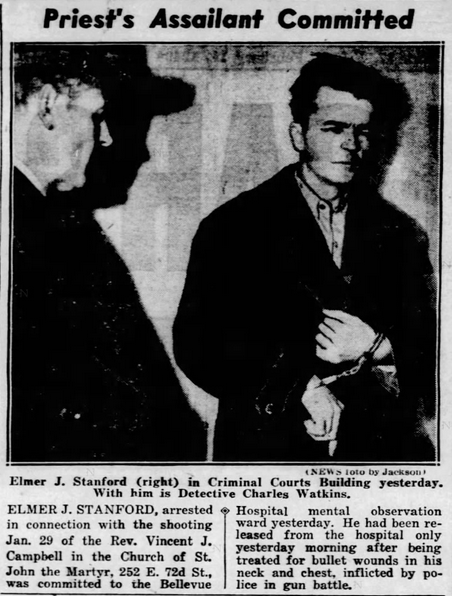